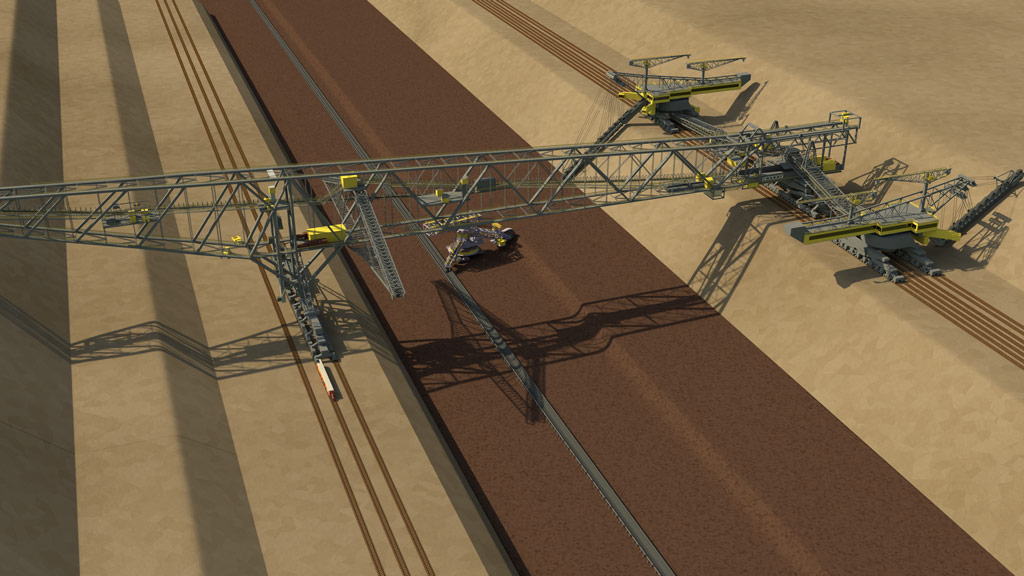 In the heart of Lusatia stands a giant of technology: 502 meters long, 204 meters wide, 80 meters high and weighing 11,000 tons – the former overburden conveyor bridge F60, a piece of living history of lignite mining in Lusatia.

During the course of the year, a documentary about the largest moving working machine in the world – the F60 – was created for the F60 visitor mine in Lichterfeld.

For the production of strike.design we realized models of the F60 itself as well as various excavators and all 3D and terrain animations.