forces of the earth – erosion and deposition

After the success of the first FWU production „The external forces of the Earth – weathering” we were selected as a partner for the subsequent production. In cooperation with the company Third Pole, a 20-minute instructional DVD was produced that deals with the theme „external forces of the earth – erosion and deposition”, featuring diverse phenomena such as saltation, erosion of cliffs, and meandering rivers. 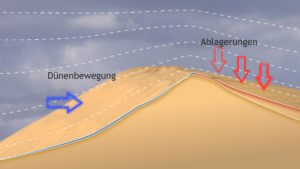