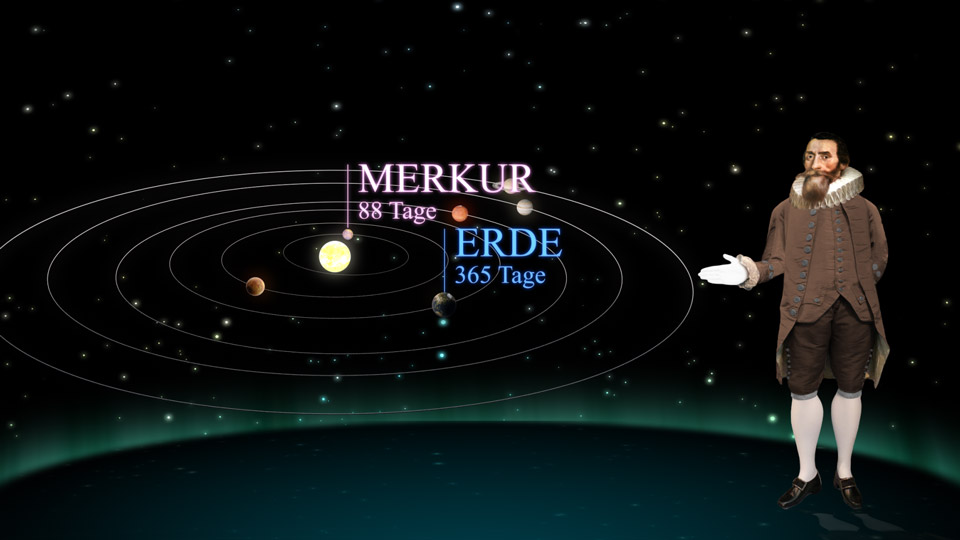 Johannes Kepler, a contemporary of the famous Galileo Galilei, established his three famous Kepler’s Laws between 1609 and 1619. They describe the fundamental laws of the orbit of the planets around the sun and thus represented an essential step in overcoming medieval science to modern science.

In addition to Kepler’s laws, the production on behalf of the FWU explains terms such as the elliptical orbits of the planets, orbital velocities, trajectories or the numerical eccentricity of an ellipse.