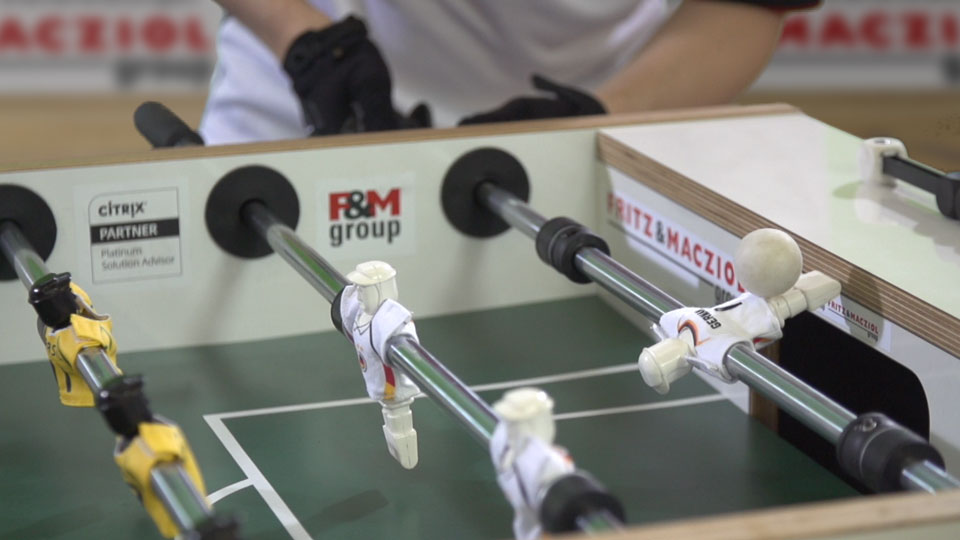 Contemporaneous to the soccer world championship 2014 in brazil a funny clip for a popular IT company was created. We gave support on the film set and edited all green screen material afterwards. Furthermore we were responsible for compositing and all special effects.

Finals in the tabletop football world championship. Germany seems to be losing high against brazil. The german player Bodo Klein, an IT-specialist has no chance against the dynamic brazilian player called Alminho. But in the half time, the german gets support from the experts of remote control solutions. Live from Rio de Janeiro the well known radio moderator Benjamin Zander comments the exciting catch up of Bodo Klein…